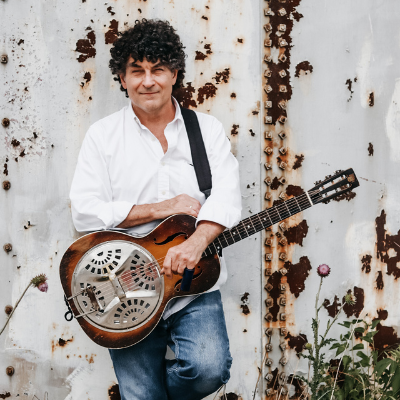 The Civil Rights Movement has been described as one of the greatest singing movements that this country has experienced. From “We Shall Overcome” to “This Little Light of Mine”, music played a vital role in that historic struggle both as an inspirational rallying point and as a way to spread the message of equality and justice.

From the Freedom Riders, to the the jails of Montgomery Alabama, and Parchment Prison, all the way to Washington DC, both old and new songs of the era spoke of the yearning for equal rights, the struggle and the determination to win freedom. They engaged and energized the movement and became the backbone of the nonviolent civil disobedience movement led by Dr. King and others. Music was a huge part of the process both locally and nationally.

In a show created to celebrate the 50th anniversary of the civil rights movement, award winning folksinger Chris Vallillo performs pivotal songs from the music that inspired and sustained this landmark movement.

Intermixed with the music, Vallillo presents first hand accounts of the historic struggle and discusses the impact of music to our nation's most important social cause. Chris Vallillo is a singer/songwriter and roots musician who makes the people and places of “unmetropolitan” America come to life in song. Having spent the last 30 years in the rural Midwest, he has a natural affinity for American roots music. Performing on six-string and bottleneck slide guitars and harmonica, Vallillo weaves original, contemporary, and traditional songs and narratives into a compelling and entertaining portrait of the history and lifestyles of the Midwest. Dirty Linen magazine described the music as, “vivid, original story songs” delivered with an “eye for detail and a sense of history” while Folk Wax Magazine editor Arthur Wood said “Vallillo’s guitar playing flows like warm honey and is a true aural delight.” Vallillo’s music has a timeless quality about it. You can hear the strains of the Carter Family and Jimmy Rogers reflected in his writing. It’s roots based original and contemporary folk with the rich acoustic textures of bottleneck slide, finger style and flatpicked guitars that echo the influences of Mississippi John Hurt, Norman Blake, Doc Watson and John Fahey. Always a project oriented artist, in the early 2000’s Vallillo began creating one man shows using music as the vehicle to explore a subject or theme. His 2008 project, titled Abraham Lincoln in Song, received the endorsement of the Abraham Lincoln Bicentennial Commission and the CD reached #10 on Billboard’s Bluegrass Album Chart in March of 2008. In 2016, his latest show and recording, Oh Freedom! Songs of the Civil Rights Movement charted at # 6 on the folk charts.

To register to attend the program, please visit our calendar.

To delve further into the Civil Rights Movement, we recommend these books! 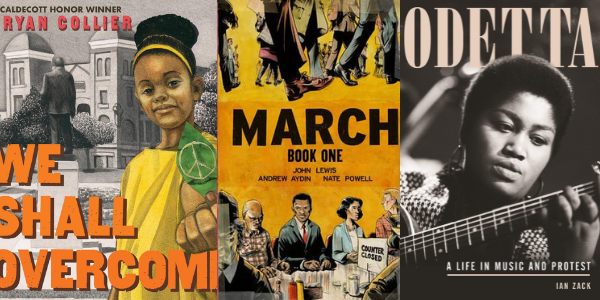