Our strategic plan identifies goals and strategies to help shape the future of the library.

Learn about our services, programs, collections, and facility in 2021, how we are moving forward, and what to expect in 2022.

View our Annual Report for 2021

The Normal Public Library is a valuable educational and recreational resource that enriches the quality of life for community residents.

The Library is a catalyst for literacy, learning, creativity, and innovation. We connect, reflect, and engage our community and are strong stewards of our valuable resources.

A Little Bit of History

The Normal Public Library began modestly in 1935 as a Reading Room sponsored by the Community Council and funded by the Works Project Administration (WPA). Miss Margaret Hanna volunteered her services as librarian for the collection of 300 books. The first location was over the old Normal State Bank at 113 West North Street, followed by a move to 117 West North Street.

In 1938, citizens voted to support the library by public taxation. The library moved to a large room over Hildebrandt’s Drug Store in Payne’s Community Hall at 118 ½ W. North Street—where the first Board of Trustees meeting was held on April 27, 1938. The six elected members drew straws to determine the lengths of their terms. Miss Hanna was hired as the first Head Librarian.

The next two locations for the library were 207 North Street; and in August 1964, the former Eisner Grocery, 205 Broadway Street.

In 1971, citizens approved a bond issue to finance a new building. The library moved to its current location at 206 West College Avenue on May 5, 1973, with the help of staff, volunteers, and the Illinois National Guard.

Circulation, materials, and demand for services continued to grow rapidly. In 1985, a needs assessment by staff and community concluded that the library was in desperate need of additional space. In 1989–1990, the Town of Normal approved a plan to raise the property tax level by $1.4 million over a four-year period for library construction.

Bids for the library addition project went out in November 1991 on a design-build basis. Groundbreaking for the 25,700 sq. ft. addition took place on April 8, 1992, with completion of the addition and remodeling of the old building projected for the fall of 1993.

Normal Public Library has grown from 300 donated books to a diverse collection of nearly 200,000 materials. Traditional printed materials and digital collections are available for public use. The library has changed as the community’s information needs have changed, but one thing is constant: the desire to provide the best possible service to our community.

The Freedom of Information Act (FOIA) is a law that gives you the right to access information from the federal government.

In accordance with IL Public Act 097 - 0609, a report of employees whose total compensation package exceeds $75,000 is available. 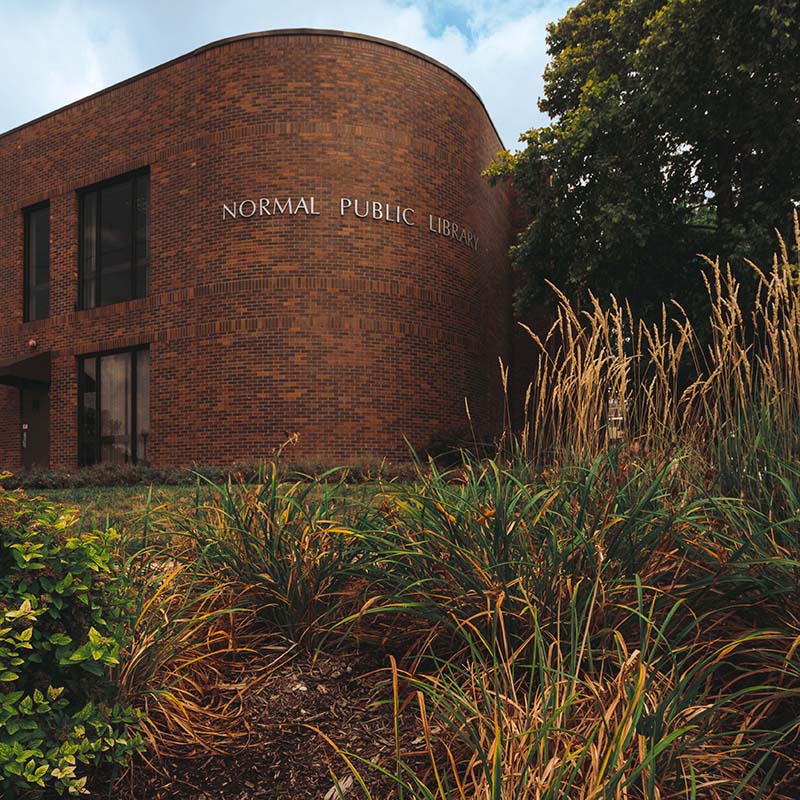