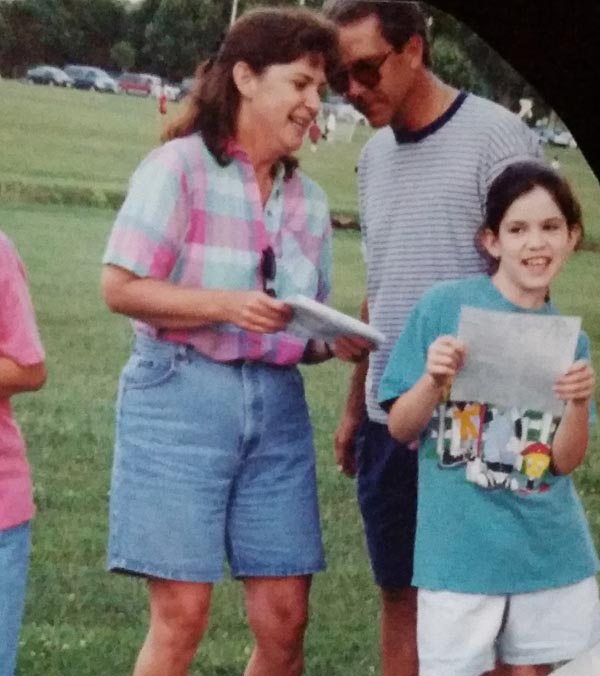 For many young people, their first step into a library is also their first step towards independence. As you select your own books, you begin to develop your own tastes and interests. As you play in the tech playground and delight in the story hours, you meet new people and perhaps even make your first friends.

For Mary Pat Behrens, witnessing this process is one of the great joys of her work.

Behrens has been working part-time in the Children’s Department of Normal Public Library since she was 16. During that time, she’s grown a lot, but she’s also gotten to witness the blossoming and development of the children who tend to cycle through her section of the library. The summer of 2017 marked her 15th season here, but she considered herself part of the NPL family long before that.

The younger sister of Children’s Librarian Jennifer Williams, Mary Pat came of age amidst the stacks, coming to cherish the library’s programs and traditions as much as the librarians themselves. The staff of the Children’s Department knew her by name, and the area quickly became a second home to her. Today, she strives to create the same atmosphere of welcome for every child.

Mary Pat’s work in the Children’s Department allows her to get to know the children who frequent the library as individuals, and assisting with programming and events often means that she learns their names before she becomes acquainted with their parents. As her young patrons grow older, she also has the opportunity to watch them develop independence. This is particularly notable at the Ending Party for the Summer Reading Program, the first event that children typically attend without their parents.

“It’s fun watching them because some of them are super excited to be there by themselves. Others are super timid, and make a beeline for the first friend they see, which was totally me as a kid,” Behrens said.

Working surrounded by books for young people also encourages Mary Pat to stretch her own tastes and interests--often to the books which she works with and recommends on a daily basis. She delights in the vivid storytelling of picture books and is moved by the dramas of Young Adult novels.

When asked what she would do with a day to herself in the library, Behrens reflected that she would probably embrace the independence that she encourages in her young patrons.

“I’d probably browse, without feeling like I’m in another person’s way. And then I’d curl up somewhere with a giant stack of books, put some music on, and just read, read, read,” she said.